Follow Instructions Quickly
POLICY - Discipline, Demerits, Suspensions, Expulsion
Revised and adopted October 1, 2015 / Revised February 9, 2017
PARENTS MANDATORY TO READ:
Any student who completes a registration application to attend New Horizon School for the Performing Arts and has been EXPELLED from another school will not be admitted into the school. If a parent completes the application and does not put that a student has been EXPELLED from another schoolk and through the enrollment process it is discovered that the student has been EXPELLED, that the student will not be admitted. If the student is admitted and later through communication of a former school or school district records show that the student was EXPELLED, that grant immediate dismissal from New Horizon School for the Performing Arts.
DISCIPLINE ACTIONS: 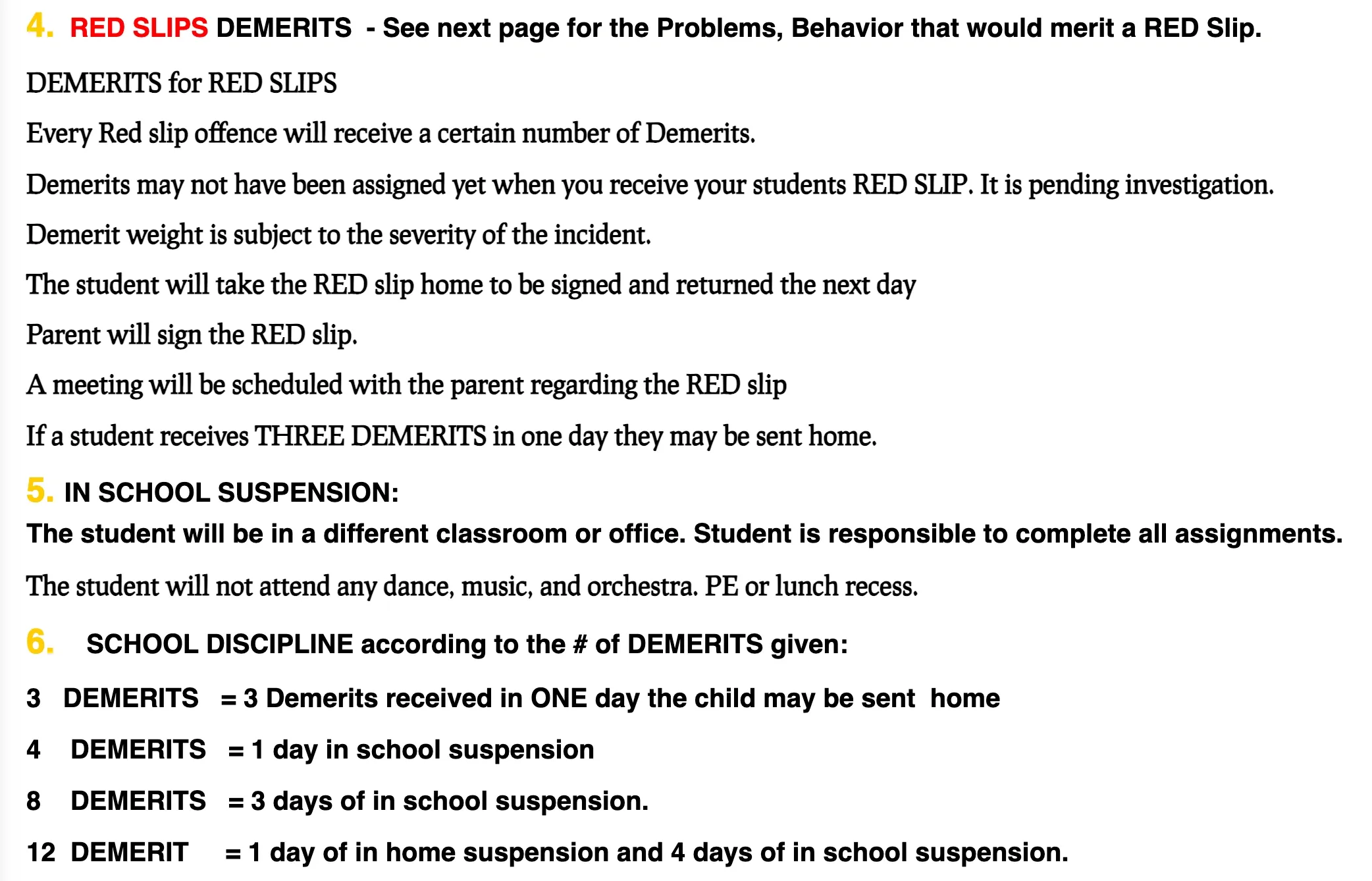